Nearly 50% of all home fires are due to the improper functioning of smoke alarms. Over 60% of fire fatalities occur in households with faulty alarms. Smoke alarms can alert a person about a fire even if they are busy, asleep, or in another room or location. When one is awake, it acts as a warning bell and wakes one up if they are sleeping when the fire occurs.

Many people believe that they will smell the smoke in case of a fire, but this is not true at all! Many fires generate gasses that do not smell and are extremely toxic. Individuals who are asleep may succumb to these gases. Smoke inhalation can also lead to multiple health conditions that have debilitating long term effects. These alarms give life-saving warnings, allowing one to evacuate the building before being trapped by fire or smoke.

Smoke alarms, also known as smoke detectors, constantly monitor the air in the room for traces of particles of smoke and other gasses that can start a fire. These alarms are classified into two types: ionisation and photoelectric. The less expensive option is ionised alarms. They are more effective at detecting fast-moving, flaming fires. Photoelectric alarms are slightly more expensive, but they are better at detecting slow, smouldering fires. Additionally, photoelectric alarms are less sensitive to steam generated by showers and cooking food, making them the best choice for kitchen alarms.

Down below are a few advantages of smoke alarms:

More than heat or flames, the leading cause of death due to fires is smoke inhalation. Smoke, a mixture of particles, chemicals, and gases, can irritate the skin and mucous membranes and cause respiratory distress because of swelling, the collapse of the airway and loss of consciousness. Smoke inhalation can result in suffocation and death if not treated immediately. A fire alarm can protect an individual from harmful substances found in smoke, such as ammonia,  carbon monoxide, and hydrogen cyanide.

An audible or visual signal alerts you to the presence of a fire. Once the system is triggered by fire and smoke, the alarm alerts an individual by audio or visual alerts, giving one enough time to grab an extinguisher to protect possessions, home, or in extreme cases, evacuate self and loved ones. Early detection can save one from serious destruction and damage, which is why it is critical. Along with providing safety measures for various rooms of the house such as family room, bedrooms, kitchen etc, they also alert firefighters quickly, allowing them to minimise the damage.

Installing fire alarms can help a person save money on their home’s insurance. They help insurance companies save money by lowering the risk of property damage due to fire. Installing a fire alarm system demonstrates that a person is accountable and can handle unexpected events. Instant notification and prompt action can help reduce the cost of an insurance claim.

Property damage can be costly and time consuming to repair. An added advantage of installing a smoke alarm is that one can prevent damage to nearby properties. This is possible due to the alarm sending an alert to the local firefighters to intervene and extinguish the blaze before it spreads. Prevention is better than cure, and in this case, the minimum the damage, the faster each affected room can be restored to its original state. 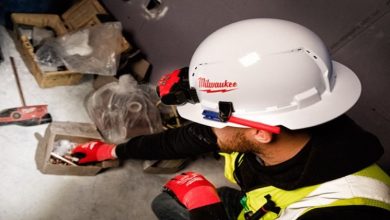 What are the most comfortable hard hats?

Sa Gaming – What Makes It A Complete Entertainment Provider? 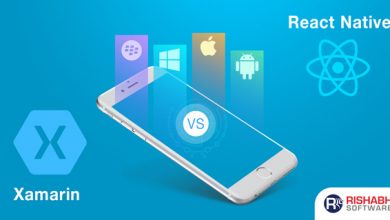 Xamarin Vs. React Native: Which Is The Right Cross-Platform App Development Framework

Things You Need to Consider While Choosing an Internet Service Provider