5 Ways to Enjoy a Stag Party Night In Krakow 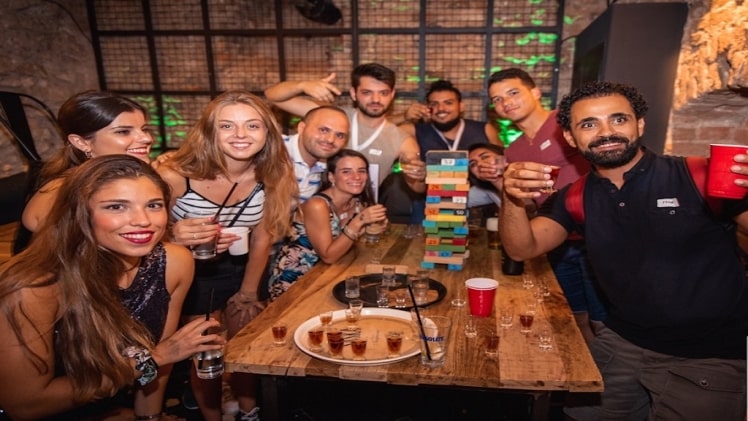 The Stag Party revellers have freshened up and are prepared to experience one of Europe’s most popular destinations on the Stag Weekend circuit, Krakow and its vibrant atmosphere and buzzing nightlife scene that takes over from the day shift which is just as vibrant in its way with the decorated horse & carriages on the main square surrounded by the many bars, cafes and restaurants. By night, however, everything gears up for the night people, the partygoers and Stag Do celebrations which usually begins with a pub crawl and leading on to further high jinks that you would expect during a Stag Party Nite.

A Stag Weekend in Krakow kicks off straight away with a beer loaded Strip Party Bus that can entertain very large groups with strip shows, music and lights on board while it takes you on a city cruise to then leave at a club or pub to continue the evening. The organised pub crawl will wind through the medieval streets and alley ways giving you the benefit of supping the local craft beers and ales with a few vodka shots thrown in for good measure. To finish up with a dance club reservation with your own reserved area plus bottles of booze and mixers laid on as a welcoming treat. The boozy one requires preparation to last the course, so grab something to eat before it starts or try this solution below.

The Food & Boobs One

A great way to ensure some of the Stag group members survive a couple of hours longer by commencing the Stag Party Nite with a fantastic Stag Steak & Tits Dinner. An Old town restaurant serves up a massive 3-course meal with a luscious, tender steak to chomp on while imbibing the locally brewed beer and national beverage, the vodka, which has many different choices from the clear version to cherry and even gold flakes or go for the flaming sheep shot which is based on the Krakow dragon legend. As the title inferred you then retire to a private salon for the traditional strip show to then resume the Stag celebrations with a pub crawl and club entry.

The Go Down Fighting One

This organised event is one of the most entertaining and offers all round fun for the entire group, Fighter Strippers & Oil Wrestling activity which sees the Stag mauled, compromised, humiliated and ass-slapped on occasions in the oil-filled ring. The Fighter Girls wrestle it out for 2 rounds losing their skimpy bathing lingerie to then drag the Stag in with them for the steamiest 3rd round you will ever witness. The group hush is mesmerising until the spell is broken when the Stag pleads for mercy and the guffaws begin again. Excellent value and a true Stag Party winner plus you are plied with beer and platters of snacks during the whole spectacle, back up clothing for the Stag is recommended.

The No Strippers Please We’re in Denial One

Reason 3 is a perilous and financially embarrassing one should you decide on this tactic. Beware, only take an organised strip club visit as in any or most popular cities the scam is ready for the baby in a pram. Do not accept the offers from the many street promoters that prey on naïve and usually inebriated partygoers looking for some action. Don’t be the baby in the pram with tears of a clown and your bank account on overdraft.

The I am Sailing One

Krakow has the Vistula River flowing through the city and it is full of floating bars, clubs, restaurants and riverboat cruise options, one of which is the Strip River Cruise. Climb aboard for a cruise with booze and a private stripper or strippers extravaganza. If the Stag group is small then take the catamaran version which is ideal for groups under a dozen people. Some groups like to take a day time river cruise to chill out and recover from the previous hectic, booze-laiden nights with a lunch or brunch while the Stag Party Weekend organisers hold court on the accumulated offences of members who broke or infringed the Stag Party rules and dish out the punishments for them.

A Stag Do Weekend in Krakow is guaranteed fun but absolutely brilliant to the max if it is organised before you arrive. The organiser is able to relax and not worry about where to go or calling different activity providers, stress free is the key. The nightlife in Krakow with Partykrakow is special. The clubs have international DJs doing their thing, drinks promotions and every type of music genre to choose from. The pubs are themed, from cellar bars to garden bars, ruin bars and hidden bars. Live music, Karaoke, dedicated sport bars to watch all international sports live, board game bars, indoor crazy golf, escape rooms and axe throwing. The pub scene is unique in Krakow and no two pubs are the same in décor or theme plus the little known fact that there are no official closing times either, some pubs stay open to the early hours of the morning. Just in time to stop off on the way back to your temporary home for breakfast, Krakow, like Rome, is an eternal city.