Very soon, the baseball world will be celebrating 20 years since Billy Beane turned the sport on its head.

In 2002, the general manager of the Oakland A’s watched on as his team recorded 20 consecutive victories – the first team in American League history to achieve the feat – and went all the way to the AL Division Series.

That achievement was despite having a playing budget that was a tiny sliver compared to the financial muscle of other MLB franchises.

So, how was Beane able to achieve such an extraordinary feat? He did what so many of us fail to do in life – he took a chance on something he believed in.

The minor league drop-out was a fan of Bill James’s little known (at the time) ‘The Bill James Baseball Abstract’, an obscure selection of advanced baseball stats and theories that most found a bit too avant-garde for their tastes.

But not Beane, who took James’ ‘sabermetric’ approach and ran with it, slashing the budget his team paid out in salaries and taking Oakland to four straight postseason runs.

Documented in Michael Lewis’s book ‘Moneyball’, the life and times of Beane was then made into a movie of the same name. It starred Brad Pitt as the GM and Jonah Hill as his erstwhile assistant Peter Brand – based on Pete DePodesta, Beane’s real-life sidekick.

They say that truth really is stranger than fiction, so when Hollywood comes calling, you know that your story is an intriguing one!

The cash-rich franchises in Major League Baseball are able to throw money around in the pursuit of signing star names – those perceived to be better than the rest.

But at the Oakland Athletics in the late 1980s and early 1990s, the team had to do things differently as a matter of urgency. Years of overspending on players had left the outfit on the brink of financial ruin.

Beane was tasked with the impossible – saving the A’s a stack of money while ensuring they remained competitive out on the field.

He knew he would have to think differently to achieve that, and so explored James’ model of sabermetrics in greater detail – a philosophy he would not waver from in a career that now spans three decades.

Along with DePodesta, Beane began to stress the importance of on-base percentage and other largely ignored statistics as a measure of success. By analyzing players in such a way, Beane was able to identify players he could sign that would add efficiency and skill to Oakland’s ranks without breaking the bank.

He would take a chance on those who were not archetypal baseball stars – many of Beane’s signings were unfashionable, had strange throwing, hitting or running styles, were not necessarily in the greatest shape or had some kind of ‘issue’ that led to other franchises kicking them to the kerb.

The A’s assembled a roster of misfits, high school kids, journeymen and troublemakers, and it worked like a charm.

Heading into the 2002 season, the Oakland Athletics slashed their wage bill to around $40m – one of the lowest totals in MLB. That compares rather unfavorably to the $140m forked out by the New York Yankees.

Beane had let go the likes of Jason Giambi – the former American League MVP, Jason Isringhausen and Johnny Damon, and replaced with them with little-respected free agents such as David Justice and Scott Hatteberg.

The fans of Oakland thought that Beane had lost his mind, calling for an immediate overhaul of the team’s back office, while manager Art Howe – who had no real choice but to play the guys that Beane had signed – was also left tearing his hair out after seeing three of his key stars traded away.

By May 2002, the A’s had compiled a record of 20-26 and seemed to be going nowhere. But then their extraordinary run of form – powered by low-key signings Barry Zito, Billy Koch and Cory Lidle – from June onwards saw them finish 103-59, including that historic 20-game winning streak.

Oakland could not replicate their regular season success in the playoffs, but there was no doubt that Beane and his analytical approach had taken on the big boys and won.

So much so, the Boston Red Sox offered Beane $12.5m to join them at the end of that fateful 2002 season – he declined their offer and stayed with Oakland, with more glory to come.

What Billy Beane did was to take an extraordinary risk with the future of the Oakland Athletics franchise.

However, he was employed to do a job, had a philosophy and stuck to it unflinchingly – his risk-taking paid off.

That’s a useful lesson in life because many of us are so against taking risks – it is anathema to our ‘human’ desires of security, normality and comfort.

But how much could our lives be enhanced by taking a risk? For example, asking our manager at work for a promotion or a pay rise, for applying for that once-in-a-lifetime job, by writing that novel, by following up that idea for a new business or invention or by moving to a new city or even country.

We can use the example of a casino as a guide. Many players are comfortable playing roulette – taking their chances that they can turn a profit by betting red or black, odd or even, despite the fact the balance of probability is against them.

Others take risk and turn it on its head – they learn perfect blackjack techniques, skewing the house’s edge and increasing their chances of winning. That is looking risk in the eye and turning the tables. When playing online, you can always use casino no deposit bonuses too, which enable you to play without any risk to your bankroll.

What innovators like Beane show us, however, is that by taking risks that others might tell us are foolhardy, we can achieve things that we did not know were possible. 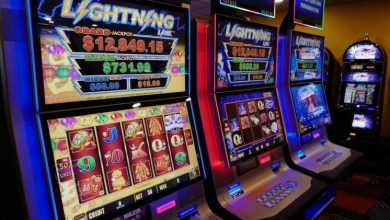 Are there any ways you can cheat online slot machines? 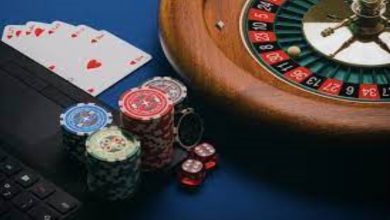 Online casino facts are a must for everyone to know. 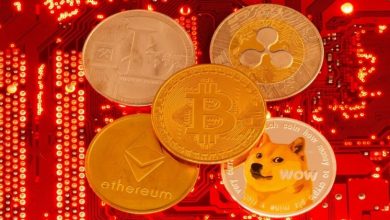 Trade Crypto: Everything You Need to Know about Ethereum in Pakistan 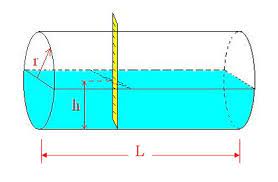