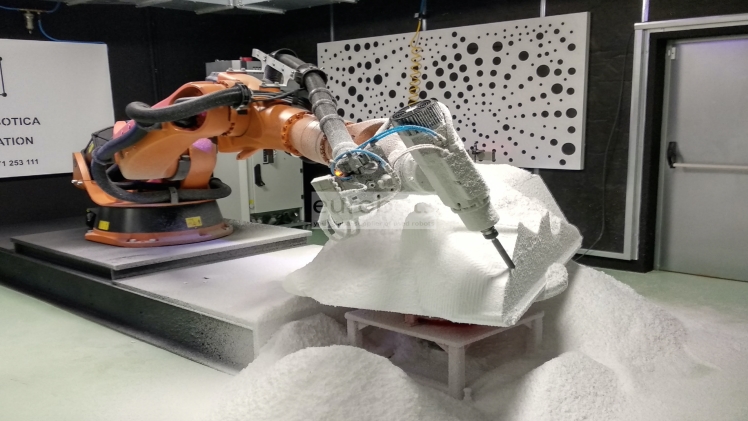 Milling, grinding, drilling and other industrial tasks involving removal of materials are some of the activities that have become easier and more accurately done following their automation through collaborative robots.

Milling is among the many industrial tasks that require repetitive movement, accuracy and precision in order to produce high quality products. Before robotic automation, milling is achieved through machines. However, the invention and continuous innovation in collaborative robots has led to the creation of the more efficient milling robot arm.

Advantages of the milling robot arm

Some years back, robot arms were a future development promising to make a better alternative to milling machines. Today, the milling robot arm in collaborative robots is offering unmatched precision in the milling processes compared to the machines previously used. Some of the advantages that have made robot arms popular include the following;

While they may be referred to as robot milling arms, collaborative robots with material removal features are equipped with flexible designs which allow them to handle materials of any size, shape and texture. The robot milling arm can be repurposed and used to handle other production tasks.

Milling robot arms are well developed with the ability to work with different materials without applying force that would cause damage. With simple programming, the robot arm can handle each milling requirement flawlessly.

Unlike the milling machine which is solely for milling purposes, the robot arm is a valuable investment that cuts future costs because it can be assigned other roles such as; material handling, welding and assembly.

Milling robot arms increase the speed of processes compared to machines and industrial robots since they can work continuously without human intervention since errors are well managed. In addition, the robot arm works with high precision and accuracy meaning less time and money are spent correcting mistakes.

While shopping for a milling robot arm, prospective users are likely to encounter a huge number of options which might lead to confusion and eventually selection of the wrong robot. In order to select the right and most suitable robotic arm at a favorable price, experts in the field of automation recommend using the ‘LOSTPED’ criteria which involves putting into consideration the following aspects;

Each robotic arm system is built to handle specific weight. The type of arm needs to be selected depending on the type of load to be handled otherwise expensive damages may occur. Manufacturers of robot arms always specify the load capacity which means the task at hand should fall within the set parameters.

The positioning of the robot arm needs to fit well with other equipment as well as workers for you to maximize the movements it can achieve. Some robot arms may not require much space around them while some can only perform fully in a big space which limits the number of workers around them.

Robot arms also have manufacturer specified speed limits and acceleration abilities. It is important to understand the speed achievable per robot arm, impact of the task or load on the acceleration and deceleration speeds in relation to the tasks to be completed.

To pick out the right robot arm, it is also important to consider how long or short the distance to be covered during robotic movements in reference to the workplace spacing. While collaborative robots can work alongside humans, additional space is still important and can only be created if the users understand the travel achieved by each robot before purchase. Most important, users must consider the amount of extra travel distance needed in case of an emergency stop.

From positioning accuracy to travel accuracy, milling robot arms need to offer precision. It is very important to understand how easy it is for each robot arm to make repetitive moves which determines how the entire system meets milling specifications without human intervention.

The conditions within which the robotic arm is expected to work in also matters since some environmental factors such as temperature, cleanliness and air pressure can easily affect how the arm operates. This means analyzing the workplace and eliminating hazards such as dust and liquids which could cause damage.

Similar to the project cycle, the duty cycle must be considered because it offers the scope of work expected to be handled as well as how long the robotic arm is expected to work. While robots do not require tea breaks and off days like workers do, it is good to note that different robotic arms have separate maintenance need.

Overall, robotic arms that work longer get worn out faster while those used in shorter duty cycles have lower maintenance and replacement demands. To minimize costs associated with repair and care, consider production specifics and select a milling robot arm suitable for the work.

Milling robot arm systems take advantage of the innovations in collaborative robots which offer high accuracy and consistent results in repetitive tasks that would otherwise be handled by humans. They are fast and reliable and can be reprogramed to perform a variety of other operations apart from milling by changing the arms to fit the load.

The size of milling activities only matters as you select the best robotic arm from options ranging from desk-mounted robots to those installed in larger production lines. Once the production cycle comes to an end, the milling robot arm does not lose its use and the user can easily move the arms to a new task as the manufacturing needs change.

To make the right decision with selecting a robot arm, take time going through the model specifications provided by the robot designer and understand which of their robots works best for your specific business. Information such as load, weight, footprint, capabilities, tasks and duty cycles are important aspects to understand for informed decision-making. Finally, compare the robot arms on offer and their specifics against your intended tasks and environmental aspects.