Computers have been one of the best technological advancements, especially in the pandemic. Moreover, because of the new work-from-home format, owning a computer is now a necessity instead of a luxury.

During the 2020 pandemic, laptop sales grew by 26%. The steep rise in the popularity of laptop computers is often due to their portability. Not only that, but they also use power and have sleeker designs.

With such a small design, it does make one think, how do laptops work? If you’ve been looking into getting a new laptop, you’re in the right place. Understand the technology behind laptop computers and more laptop facts in the article below.

How Do Laptops Work: Laptop Technology

Laptops, despite their sleek looks, are almost the same as desktop computers. They have similar hardware, software, and operating systems. The major difference between laptops and desktop computers is the way their parts fit.

Desktop computers have all their components in a large, separate case. This includes components like the motherboard and hard drive. Because of its big space, there’s always an area to add cards and other cables.

Meanwhile, laptops are often no thicker than three inches and weigh a lot less. The screen and keyboard are also part of the unit. Apart from that, the flat design makes all the parts go together in a snug fit.

This basic difference in design makes the laptop portable. It also helps in conserving power and reducing heat production.

The design makes it convenient to bring anywhere. Not to mention, it’s easier to transport using your briefcase, backpacks, and schoolbags.

The term laptop comes from the idea that you can use the device on your lap without any need for desks or tables. But laptops work the same way as desktop computers. They need power sources and can function as desktop-style computers if you connect them to a separate screen and keyboard.

Because of the small and flat designs of laptops, processors are smaller to fit inside the unit. The smaller these parts are, the sleeker and lighter the laptop will be.

The microprocessor or CPU works as the central command system of the laptop and produces a lot of heat. Unlike laptops, other computers have the space to add in plates and fans to cool it off. Laptops have them, but they’re smaller in size.

To compensate for that, a laptop’s CPU does other things to make sure it doesn’t overheat.

One of which is running it at a lower voltage and slower clock speed. Laptop CPUs do this to reduce heat output and lessen the power they consume.

But often, laptops run at higher voltages and speeds when you plug them into a power source. They then adjust themselves to lower settings when you’re using the battery.

They also have a sleep or slow-down mode in their operating systems. This feature lessens the speed when your laptop isn’t in use or in cases where the processor doesn’t need to run fast.

Another thing about laptops is their ways to save space. Laptops have less disk space than other computers.

However, many laptops nowadays have upgradeable memory cards. They also have a feature of removable panels that’ll give you quick access to its memory modules.

One of the best things about laptops is their capability to run on batteries alone. This ensures that even without a power source available, you’ll still be able to use your computer. It’s crucial to note that laptop batteries differ and affect your battery life capacity.

These are the first types of batteries in laptop computers. These batteries can run for up to two hours.

NiMH batteries are the newer version of Lithium-Ion or LiIon batteries. These batteries last longer than NiCad, but they have a shorter lifespan.

Lithium-Ion batteries are the current standard for most, if not, all laptops. LiIon batteries are light andhave longer total lifespans. Aside from being lightweight, they’re also thin and can have an average battery life of 5 hours.

Types of Laptops and Choosing the Right One For You

There isn’t an exact or specific type of laptop computer. However, laptop computer sellers often put laptop units in categories to help buyers. Going through these types will help you choose a laptop faster and easier when you’re buying a laptop.

Here are some of them.

Productivity laptops or general-purpose laptops are often the first kinds of laptops people turn to. This is because of the device’s balance on performance, convenience, as well as cost. They also have a broader price range and can cost anywhere from $400 to $1,200.

Affordable productivity laptops have plastic chassis or shells. This makes the casing bulkier and heavier than most.

General-purpose laptops also have difficulty in running power-consuming programs and games. This is because most productivity laptops don’t have high-quality hardware. However, these laptops have a long-lasting battery life that can range from 8-14 hours.

Ultrabook was then a marketing term of Intel but is now a term for any thin and light productivity laptop. Ultrabooks are laptops that have quick boot times, Wi-Fi 6 features, and more than 9 hours of battery life.

These devices also have a great screen and can offer a satisfying user experience. Ultrabooks often appeal to a lot of college students and as well as most people in the workforce.

In recent years there has been a significant increase in laptops designed for playing games. Gaming laptops have powerful and distinct graphic cards. This becomes quite useful in 3D modeling apps and other non-gaming applications.

Most laptops have integrated graphics processors that are smaller and more power-efficient. The downside of it is that it struggles in doing heavier computations.

Gaming laptops give better performance than other laptops, but they don’t have long battery life. This is often due to its power demands. These laptops also have excellent keyboards and amazing cooling components.

Workstation laptops or creator laptops are the ones creative professionals often use. These laptops have some of the best displays along with high-end features.

Most workstation laptops have HDR and Dolby Audio certification features. They also have enough ports that can accommodate all the connecting devices a professional needs.

Convertibles or 2-in-1s are laptops that can also act as tablets. Most convertible laptops boast a screen that can fold back to 180 degrees. Others feature a detachable touch screen.

A lot of computer and laptop users build and customize their devices to fit their needs. The most popular of these are the homemade desktop computers, often called white boxes.

These computers are also getting modified not only for performance but also aesthetics. The process of doing so is modding.

While modding desktops are common, modding laptops are now increasing within the computer market. Unfortunately, laptops can be difficult to mod or even build from the ground up. The reason for this is that laptop shells are difficult to open, and parts can be hard to come by.

It’s a struggle to find parts in modding your laptop. But some retailers and companies now allow customers to order empty laptop casings. This way, turning or creating Whitebooks, or modded laptops are possible.

Other companies also offer laptop shells that users can mod or upgrade. These shells often consist of the following.

If you plan to mod your laptop, look for a specialized store where you can buy all the necessary components for your laptop needs. For instance, you’ll need to find a microprocessor, RAM, and a wireless card to complete your Whitebook.

It’s also important to note that there are no certain standards for the form factor of laptop parts. While processors for laptops and other parts are accessible, some parts are not.

How do laptops work? Now you know! Because of their design, laptop components work in a different manner. Understanding the technology behind it is essential for you to use them in their best capacity.

Knowing how laptops work and function is also necessary when it comes to buying a laptop that’s right for you. Being tech-savvy will also help in the time your laptop’s going to need certain upgrades or modifications. So, if you want to learn more about laptops and the best brands and models, check out our other blog posts. 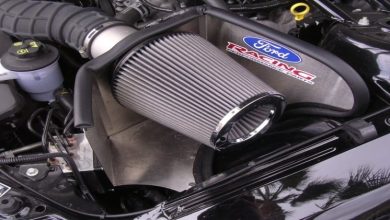 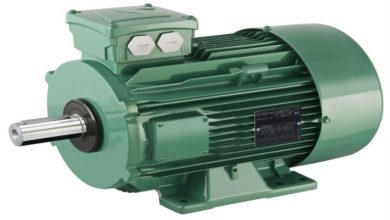 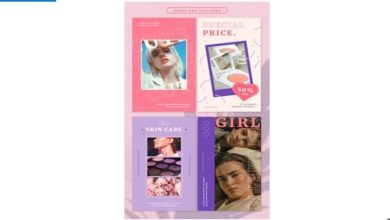 Top 7 Ways to Use Instagram Shopping to Your Advantage 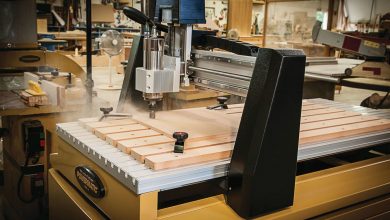