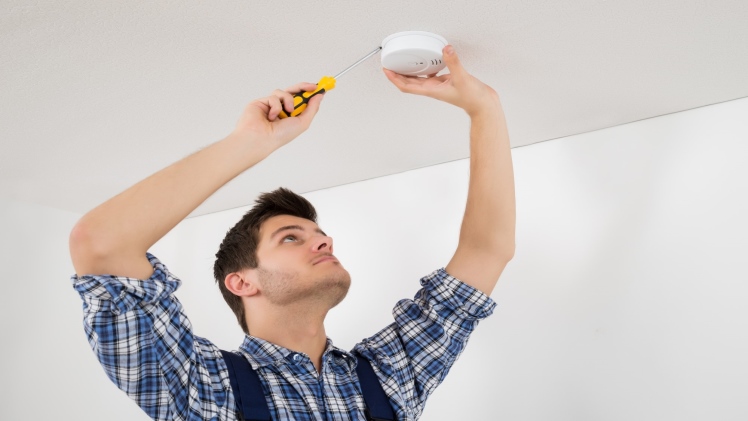 Choosing the right smoke alarm is important. Home fires happen accidentally. Choosing the smoke alarm will differentiate a small fire from a catastrophe. You will feel a sense of safety knowing you and your family took precautions.

This information is a guide on types of alarms, the cost and installation. It will prepare you to make the choices you need to be safe.

It is commonly known. The ionisation alarm detects smoke using a small radioactive material. When smoke gathers in the alarm chamber, the material sets the alarm off. This alarm detects flame instead of smoke.

For this reason, fire experts discourage using it at home. Home fires tend to have plenty of smoke, and the alarm takes almost 20 minutes to set off. The ionisation alarm is the cheapest.

They are considered safer compared to the previous. The photoelectric alarm has a photocell in its chamber. When smoke gathers, the light inside refracts to the cell, thus setting off the alarm. The use of light beams makes it more sensitive.

Professionals consider it the preferable choice for homes. Fires with a lot of smoke, smouldering fires are detected in less than 5 minutes using the photoelectric alarm.

The alarms are either wired to the circuit or battery-powered. The lithium battery lasts a decade while the hard-wired is consistent with your power supply.

If possible, hard-wire is the go-to, but this is debatable. You can interconnect the alarms to set off at once when danger approaches. Use battery-powered where a power circuit is unavailable or in the case power outage is common.

You can install the fire alarm in various sections; the centre of the ceiling, corridors, and staircases is a good start. Place at least one alarm for every house level. The wall is also a good idea, place at the path the air is escaping.

Avoid areas where the air is stagnant or there is a breeze. Bathrooms produce many false smoke alarms because of the steam. The cooking area is notorious for false detections created by splatters from cooking.

Place the alarm away from dusty areas, windows, doors, and barbecue areas. You can install battery alarms, but the hard-wire need a professional.

Ionisation smoke alarms are the cheapest at less than $10. The photoelectric alarms range between $20 to $100. You can find the cost of alarms higher than $100; these have all the bells and whistles offered by the latest technology.

When choosing a smoke alarm, you need to be familiar with the Australian Standards and the law about alarms. Standards vary according to jurisdiction. If you want to replace the smoke alarms, know the law requirements for your state.

Purchase standardised alarms in the ActivFire registration. It is simple since most, if not all, are as per requirements. Different states accept different models.

Smoke alarms range in prices affordable for every homeowner. Considering they last a decade, you can invest in a reliable model that is easy to maintain. Once the alarms are in place, plan for small fire accidents before burning the whole house burns.

A fire blanket is great in the kitchen. Small fire extinguishers will be of help at unpredictable times. Also, don’t underestimate the power of an escape plan. Guide your family for preparation in case of uncontrollable fires.