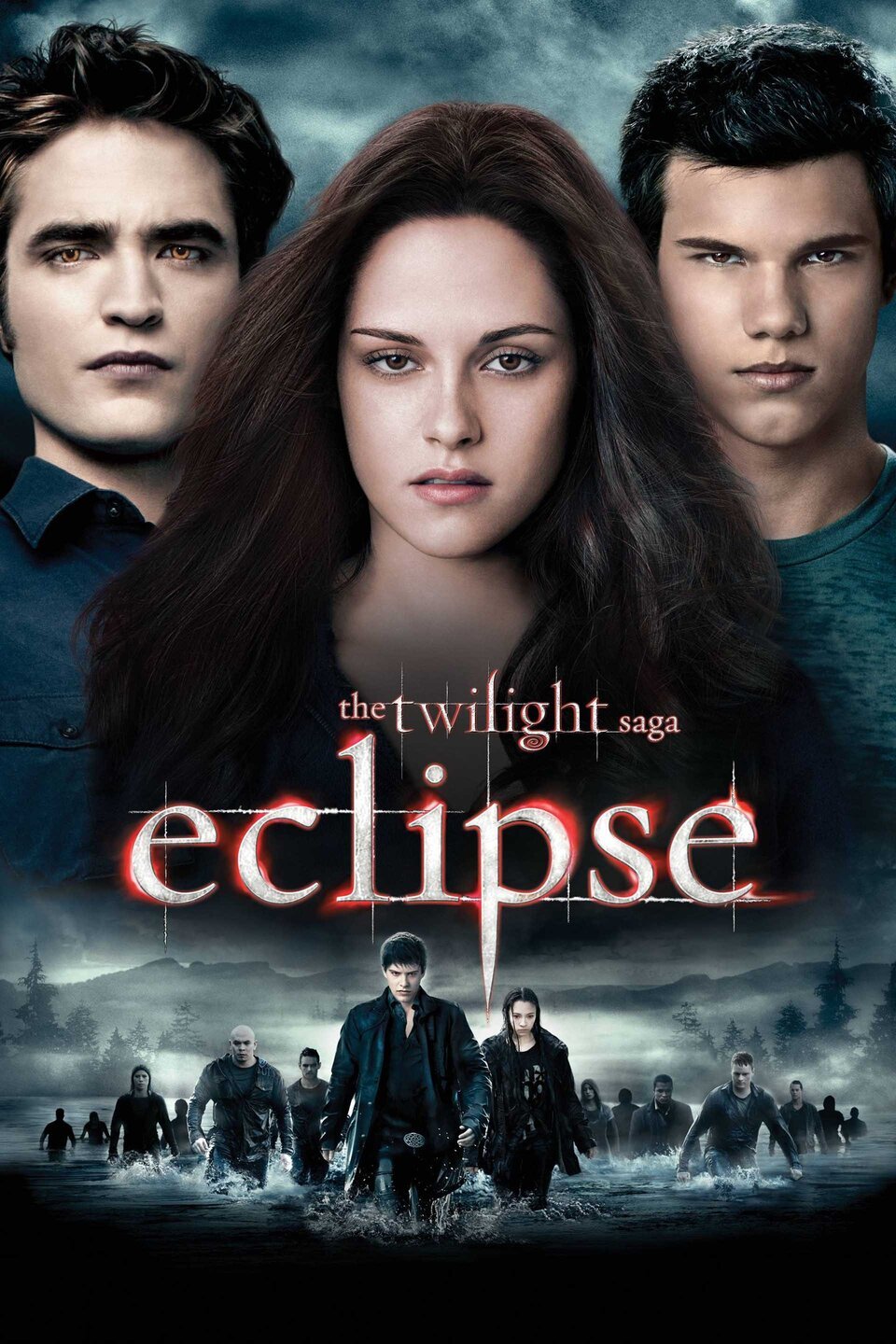 The third installment in the Twilight series, The Twilight Saga: Eclipse, promises epic battles and grand romance but fails to deliver in either category. Instead, it gives the audience more of the same, despite yet another new director (David Slade) and composer (Howard Shore). All of the strengths and weaknesses of New Moon are here in equal measure, making Eclipse a film certain to appeal to fans of the series but likely to bore everyone else. Watch it at 123 Movies free of charge.

That boredom sets in immediately, as the opening finds Bella (Kristen Stewart) and Edward (Robert Pattinson) discussing exactly the same subjects they were talking about at the end of New Moon: getting married so that Edward will consent to turning Bella into a vampire. There’s still no reason for these two to love each other, and nothing about their relationship that makes them interesting. Bella is defined entirely by her obsession with Edward, and he’s defined almost exclusively by his connection with Bella.

With characters so dull, it’s difficult for the actors to bring anything to the roles. Bella remains basically the same as she was in New Moon: an ill-defined, weak figure entirely dependent on men with no interesting thoughts or survival skills of her own. The only twist is that this time out, she consciously manipulates both Edward and her other love interest, the werewolf Jacob (Taylor Lautner), and these scenes entirely undermine the basis of her character up to that point. They also offer no dramatic tension, since the outcome of the triangle is never in any doubt.

Taylor Lautner is the best thing about Eclipse, even if his character is underdeveloped

But Jacob gives it his best effort, and Lautner is once again the only actor that makes this movie watchable. The script does a disservice to his character by eliminating anything about him that doesn’t relate to Bella, but this is no surprise, since character development has never been a strength of this series. Fortunately, Lautner has enough natural charisma to make Jacob just as engaging a figure as he was in New Moon.

In a way, he’s almost too good, because Jacob is so obviously the superior choice that he makes any rational, thinking moviegoer question the entire premise of the story. Since no adequate reason is ever given for Bella and Edward to be together in the first place, why does she remain so determined to stay with Edward and become a vampire? Why not choose the person who protected her when Edward was away and is consistently more sensitive to her feelings? It makes no sense, and since Lautner makes Jacob such an easily likable character, Bella’s actions comes across in an even poorer light.

Lautner is also the only one of the three capable of portraying sensuality convincingly, even though his lack of a shirt remains a running joke. (It’s easy to imagine college drinking games based around predicting how often he’ll appear bare-chested.) Bella and Edward are so stilted and awkward that the scenes where they attempt to make out are highly uncomfortable. Whether this is a fault of Stewart and Pattinson as actors or of the mediocre script and direction is hard to say, but it kills the notion of Eclipse as a romantic film. Everyone talks about love a lot, but Jacob’s the only one who comes close to doing anything about it.

Oh, there’s also a vampire war going on. Someone is raising an army of new vampires in Seattle, and Cullen family patriarch Carlisle (Peter Facinelli) explains that their ferocity and bloodlust makes them far more powerful than the Cullens, who have all been around for at least a century. As with most of Stephenie Meyer’s explanations of vampires, this flies in the face of all established vampire lore. It’s proven false in the end, as the battle is absurdly anticlimactic and even the main villain, Victoria (Bryce Dallas Howard, apparently still a victim of the Shyamalan curse), goes down without much of a fight.

But at least the special effects are an improvement over the last film. The CG wolves are much more convincing, and there’s none of the overuse of slow motion that ruined the fight sequences in both previous installments. That’s not to say the concluding battle is exciting, as it’s too one-sided and the outcome is never really in doubt. But at least it’s all handled competently.

“Competent” is also the best description of Slade’s direction. No one’s going to mistake any Twilight film for an artistic masterpiece, and Slade turns in a workmanlike effort that proceeds in a coherent fashion and is tightly shot and edited (though it’s something of a mystery as to why it required three editors to accomplish this result). Howard Shore’s score is better suited to the film than Alexandre Desplat’s effort in New Moon, and the pop song choices aren’t quite as egregiously inappropriate.

The problem is that mere competence isn’t enough to make this film interesting. It’s emotionally bereft and narratively unengaging, and relies too heavily on Lautner’s performance to compensate for its plentiful deficiencies. If you’re already a fan of the series, this probably won’t matter to you. If you aren’t a fan already, Eclipse isn’t going to change your mind.

You can play games and earn money in various ways in WPC2027 Live.