Ranking Captains of All Franchises in IPL 2022 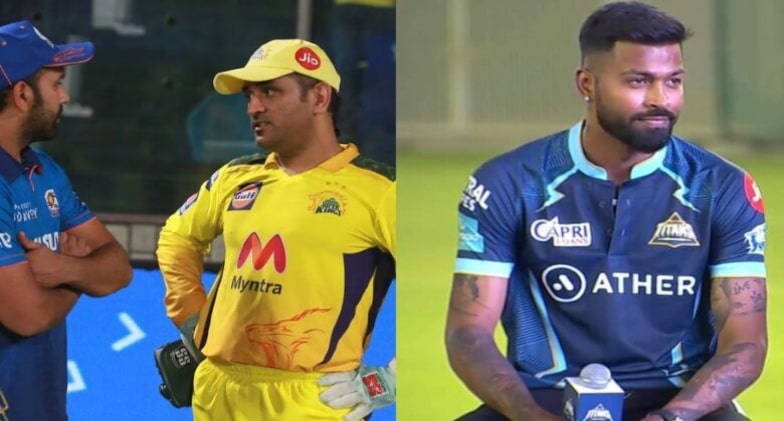 The captains in a T20 format have a vital role to control their emotions and make the right decisions in crunch moments. In the Indian Premier League, the pressure is almost the same as in international cricket due to the presence of talented cricketers in all the teams. In this season, many seasoned campaigners are the leaders of their teams, while many have put trust in quality T20 players and hogged the limelight of IPL news headlines.

Here is the Ranking of Captains of All Franchises in IPL 2022:

The all-rounder was appointed as the captain of the Chennai Super Kings in 2022. But, Jadeja does not have an experience leading his respective domestic or an IPL side in the past, and will rely on 2-time IPL purple cap winner, Bravo and former captain Dhoni for the guidance. In the first fixture of this edition, Jadeja could not help the team in securing the victory, and is the weakest captain of this edition.

The all-rounder Hardik Pandya marked his presence in the Indian Premier League in the 2015 edition. Since then, he has been quite terrific with his contribution to both departments of the game. After failing to get retained by Mumbai Indians, he was one of the 3 retained players by Gujarat Titans, who followed it up by making Pandya their leader for the 2022 edition. He is at the 9th position due to his no experience in the leadership role but started the tournament with a win on his captaincy debut.

The top-order batsman is an experienced player across all the formats of the game and has been a part of the tournament since 2011. After being served as the vice-captain of Punjab Kings from 2018 to 2020, he is the captain of the team in the 2022 season. But, he too does not have any captaincy experience in the domestic circuit. In the first fixture of this edition, his decisions and performances with the bat helped the team to open their account.

The top-order batter from Kerala has been playing in the tournament since 2013. He has featured for Rajasthan Royals and Delhi Daredevils in the tournament. In 2021, Samson was appointed the leader of the Royals franchise, where the team managed to win on 5 occasions out of 14 matches. In the 2022 season, he was retained by the Royals and helped the team to win the first match with his powerful batting performance.

The quality batter stands at 6th position in the ranking of IPL 2022 captains. In total, he has captained on 27 occasions and found success in only 11 of them. In the 2022 season, he was trusted by the Lucknow Super Giants to do well for them. In their opening fixture, the team could not keep their cool and lost the game, and it will take a lot of effort from KL Rahul to turn things in the team’s favour.

The player with experience in leading the South African side across all the formats of the game. He has over 60% wins in limited-overs stint as a leader, and was chosen to fill the boots of Virat Kohli, who left the captaincy in 2021. While, the former Protea leader could not get off to a good start in the IPL 2022 opening fixture, where the team failed to defend their score.

In his debut captaincy stint in the Indian Premier League 2021, Rishabh Pant helped the Delhi Capitals side to reach the playoffs. In 16 matches, the team secured victories on 9 occasions. He is at 4th on this coveted list due to his impressive decision-making. The IPL 2022 opener saw Delhi Capitals securing victory in an emphatic manner.

The Kiwi batter is in 3rd position due to his proven track record in the international circuit as a leader. While, he has led Sunrisers Hyderabad in 33 fixtures, with the team winning on 16 occasions. For the 2022 edition, he was one of the retained players by the franchise and will look to improve their track record in the tournament.

The stylish batter has the flexibility to contribute at the top order as well the middle order. In the 2019 and 2020 editions, he led the Delhi Capitals to the playoffs with his effective leadership and performances with the bat and is at 2nd on this list. In the 2022 opening fixture, KKR started the tournament on a winning note under his leadership.

The captain with 5 title victories in the tournament is undoubtedly the best captain in the Indian Premier League 2022 season. In a total of 129 matches under Rohit’s captaincy, Mumbai Indians managed to secure victories in 75 of them. Over the years, he has provided a boost to the team in crucial situations and the team has made great comebacks to secure victories in a consistent manner.