Their vibrant coloring makes them not just beautiful, but also artistically inspiring. For that reason, they’ve starred as primary characters in myths and legends for thousands of years!

Other birds such as the swallow, the raven, or the crow have some positive connotations but also have a darker side. This is not the case with the bluebird. The bluebird is unequivocally a symbol of happiness, spring, love, and good luck.

In fact, seeing one has always been an auspicious symbol of good news. If you’ve been seeing bluebirds around you lately or want to learn more about these powerful totems, you’ve come to the right place. In this article, we’ll be discussing the myths and legends surrounding the bluebird, so read on to learn more!

First, let’s start with the basics of what a bluebird looks like. Bluebirds are small birds, only slightly larger than a sparrow. They’re a kind of thrush, so similar to a robin they have small heads, rounded bodies, and an upright posture.

Bluebirds, despite the name, are not completely blue. Male bluebirds are bright blue on their head, back, and tail. On the underside, they’re a rusty color with touches of off-white around the legs.

Female bluebirds are very similar to male bluebirds, but they’re more muted. Their blue feathers are almost a dusty grey color. This makes them much trickier to pick out than their brightly colored, male counterparts.

One of the first myths surrounding the bluebird came from the Pima tribe, a group of Native Americans whose territory spanned from Arizona to Mexico. The story details how the bluebird found its striking color.

How the Bluebird Became Blue

When the bluebird was first born, its feathers were dull and ugly, and its coloring was uninspired. He lived near a crystal blue lake. No river or stream flowed in or out of the lake, so its color remained pristine and undisturbed.

The bluebird admired the lake and bathed in its water every day singing the same song: There’s blue water. It lies there. I went in. I am all blue.

For the first few days, nothing changed. But on the fourth day, the bluebird bathed in the water and sang his song, and emerged completely featherless. On the fifth day, he bathed in the lake again and emerged with beautiful blue feathers.

The Coyote and the Bluebird

Through all this, the coyote, a trickster, had been watching the bluebird and hoping to catch him to eat. He was afraid of the water, which kept him from striking.

At this time, the coyote was bright green, a color he hated. So, when he saw the incredible transformation of the bluebird, he approached to ask more about it.

“How did you become so blue and beautiful, losing your ugly feathers? You are more beautiful than any other bird. I want to become blue too.”

The bluebird told the coyote the magic song and shared with him the routine. Coyote followed the bluebird’s instructions to the letter, and on the fifth morning, he too was a bright, beautiful blue.

The coyote was so proud to be the first blue coyote. As he walked along the desert paths, he was looking around to see if anyone was looking at his new, blue fur. He even tried to check if his shadow turned blue too.

Coyote was so busy looking for the attention of others, that he did not watch where he was going, and ran into a stump. The stump threw him down into the dirt, and he was coated with dust and sand, and he was blue no longer. Even today, coyotes remain the dusty color of dirt because of this story.

Symbolism in the Pima Legends

In this early myth, you can see some familiar Native American archetypes, such as the coyote being a trickster, vain, and arrogant. The bluebird is less familiar but is still a ubiquitous symbol.

Bluebirds are symbols of wind, water, natural power, and spring. They also serve as guardians and are thought to be children of the sun.

In fact, in the Iroquois mythology, the bluebird song wards off the evil demigod Tawiscaron. Tawiscaron is often associated with winter, and the bluebird is his natural opposite. The Cherokees, Hopi, and Pueblo tribes also view the bluebird as a guardian.

Likewise, the bluebird song is incorporated into Navajo musical tradition. The Navajo even hung dried gourds to entice bluebirds to nest near their settlements. The combination of the brightly colored bluebird eggs and their spiritual powers make them the perfect neighbors.

Bluebirds in the Christian Tradition

Bluebirds, thanks to their unique color and beautiful song, have also been viewed as divine messengers. In the Bible, bluebirds were occasionally used to deliver messages from God.

Now, many people still believe that bluebirds carry a heaven-sent message from loved ones. Bluebirds are often depicted as flying with the angels and carrying divine love inside them. They’re often viewed as a physical manifestation of a guardian angel sent to watch over you.

This is the most commonly recognized bluebird meaning today, that bluebirds are a direct manifestation of a divine blessing. In addition, a bluebird can also symbolize a spirit guide with a message.

In Korea, the bluebirds often fly around humans and report what they see to God. The phrase “A little bird told me…” has been ascribed to this story about the bluebird!

Bluebirds are common in popular songs and books as unequivocal symbols of happiness. The bluebird has also been called a “man of laughter,” a symbol of happiness, joy, and love. This notion inspired the song “The Bluebird of Happiness,” written in the 1940s.

Bluebirds in the Nautical World

If you’re familiar with Sailor Jerry tattoos, you’re aware of their importance in the development of American traditional tattooing. They’re some of the most legendary and iconic images in tattoo history.

The exact reason why a bluebird is used to commemorate long voyages at sea isn’t known. But due to their symbolism as a spiritual messenger and guardian angel, it’s thought that this was a way of thanking God or an angel for their protection at sea.

What Does It Mean If You See a Bluebird?

If you see a bird with bright teal colors, it’s most likely a western bluebird. No matter what culture’s mythology appeals most to you, it’s always a sign of good luck! Many people even set up a bluebird feeder to increase their luck!

Seeing a bluebird or hearing its song often symbolizes the end of a hard-fought struggle. If you’ve been working with an issue or carrying a heavy burden, this bird is often a message that your struggles will soon be ending.

Similarly, they can also represent angelic or spiritual messages from your loved ones or a divine being. Take note of where and when you see bluebirds and look for any patterns. They might be telling you more than you think.

In some cases, a bluebird is a warning. They don’t symbolize great danger, but they can warn you to be attentive in order to avoid bad luck.

If you see a bluebird feather, for instance, it’s a symbol of a subtle blessing that you’ve been ignoring recently. It can therefore be a reminder not to take the small blessings in your life for granted, and hold onto them for good fortune in the future.

Keep an Eye Out for Bluebirds in Your Life

Bluebirds are both beautiful and can predict an upcoming spell of good luck in your life! These iconic birds have a well-earned place in the lore of many different cultures and are always messengers of good news. So, if you see a bluebird, make sure to take a moment to appreciate it and count your blessings!

If you enjoyed learning about the symbolism of bluebirds, you’ll love our other content. Check out our blog for fun facts, advice, and more 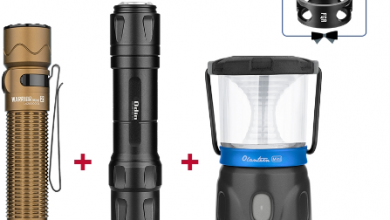 Is It Illegal to Show a Flashlight On a Police Officer? 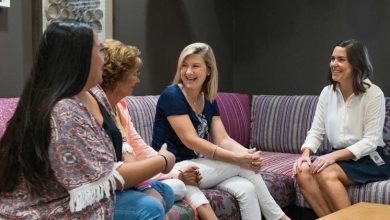 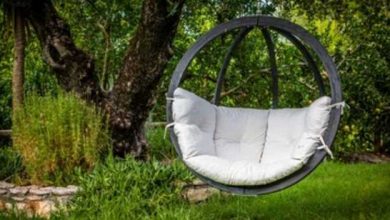 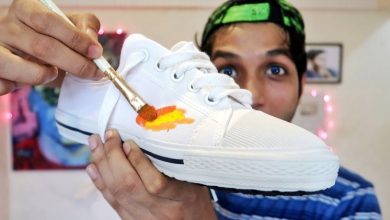