Vitiligo is a condition in which the skin becomes white smudges. Since that skin does not have melanocytes, it cannot produce pigment typically like the surrounding skin.

Vitiligo is a disease that affects 1-2% of the world population. It can be found in all ages, but it is more common between 10-30 years. On average, vitiligo is not present at birth. It may come up at any age. Which usually begins at the age of about 20 years and in the elderly The ratio found in females is more significant than males. It may be because women tend to pay more attention and visit the doctor; therefore found more. It has also been found that vitiligo is genetically related, with approximately 30% of cases found to have a family member with the disease.

At present, the exact cause of vitiligo is unknown. But it is assumed that it may be related to autoimmune reactions. (The body produces antibodies to antigens involved in the process of melanin production) or may stimulate nerve endings to cause the secretion of substances that destroy melanin cells. Or in the process of melanin production, there may be some accumulation of metabolites (Metabolite) that have the effect of destroying melanin cells. It is also believed that vitiligo is related to genetics, making the color-producing cells weaker and more prone to damage.

Patients will have white spots with clear boundaries on the skin without a rash before. (Other parts of the skin will still look normal.) The shape of the white spots will look unstable. It can be round, oval, or long. and varying in size from 1-10 cm. may have only one ring or multiple rings spread all over the body and may occur on any part of the skin but most commonly occur on the face, around the lips, around the nose, around the eyes, neck, back, hands, fingertips, arms, legs, crooks, elbows, knees, wrists, backs of hands and backs of feet. Spots may also be found on the mucous membranes lining various organs, such as the mouth, gums, genitals, nipples. Ginkgo Biloba has a beneficial impact on vitiligo. So gingko biloba vitiligo is a solution of it.

In most cases, the white spots are spread symmetrically on both sides of the body. For example, if it rises on the back of the hand, it tends to appear simultaneously on both the left and right hands. But in some cases, it may be found only on one side of the body, such as on the forehead, cheeks, mouth, shoulders, chest, abdomen, etc. The edges of the white spots will look curved or convex. As a result, the surrounding normal skin has the opposite appearance, which is concave. For hair or hair that grows in white spots, it will become white as well.

How many types of vitiligo are there?

In medicine, vitiligo is classified according to its distribution: 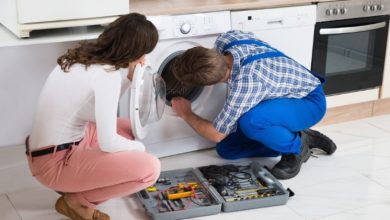