THE IMPACT OF NFTS ON THE GROWTH OF WEB3 GAMES 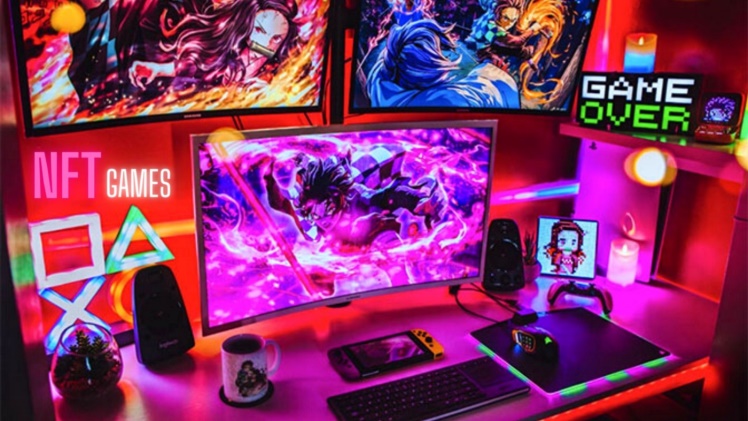 Web3 is touted as the next generation of the internet. Experts expect it to evolve the possibilities of the current internet into something more.

NFTs stand for non-fungible tokens. These virtual tokens prove that a particular user owns a digital asset. For example, suppose you buy an art NFT from a renowned digital artist; the NFT you now own will have data that proves you are its owner.

In addition, NFTs are unique, meaning no two are the same. Also, they are stored in the blockchain, meaning the data is secure and immutable.

As NFTs are stored in the blockchain, anyone can verify the ownership of the asset you own. The data will be permanently there on the blockchain. Even if you transfer or sell the asset to somebody else, the data of that transfer will also be there, and the NFT will record the buyer of your NFT as its new owner.

How NFTs Have Shaped Web3 Gaming

Traditional games often result in value loss. You buy the game and play it, but you receive no additional benefits apart from the entertainment value. Many in the gaming industry argue that it is a value loss.

The argument for value loss has even more bearing in games with in-app purchases (IAPs). Because if you purchase an asset or item as an IAP, it does not have any value outside that game’s ecosystem. If the game shuts down or you lose interest in the game, the money you invested is lost forever.

Web3 NFTs can solve this problem. As data is stored in the blockchain, it will record the proof that you own a specific asset in a web3 game for anyone to verify. Hence, it opens up the possibility of trading.

Take the same IAP example. If the same was a web3 NFT, you could sell the NFT to other players within the web3 game’s NFT marketplace. Again, you can receive some token or cryptocurrency in return, as the asset, unlike a common IAP, has value.

Furthermore, NFTs introduce scarcity into the Web3 video game economy. Scarcity is an essential concept in real-world economics that drives the value of an item. And generally, the more scarce an item, the higher its value.

Because of the introduction of the scarcity principle, the web3 game’s economy can become more robust.

A lot of people dream of earning money by playing. In today’s world, the only possibility for this is through becoming a professional gamer, something most people can’t attempt.

Web3 NFTs can help overcome this barrier and let anyone be a player who earns by playing.

For instance, in a game with breeding mechanics, each item you breed is a new NFT with its own unique properties. Once minted, players can sell the NFT to interested people. This also gives players the incentive to play the game and breed more NFT characters.

Thus players can monetize the attention they put into the game. The more time spent often results in more returns.

Game assets you buy as IAPs also have an additional problem: they remain within that game. Most of the time, you can only use them in the game.

Even when the publishers have allowed you to transfer them outside the game, they have limited the transfer to other games from the same publisher.

A lot of times, this limitation has been for a good reason. Because most publishers have their technologies and servers, transferring the assets to other games is impossible because they might be incompatible with other games.

But NFT game assets have the advantage of being hosted on a decentralized server. Hence, all Web3 games can access the data if they receive authorization. And with the addition of interoperable standards means web3 game development can transfer game assets across games.

In such a case, you do not experience a loss of value. If you no longer need your asset in one game, you can transfer it to another.

Access NFTs are a sub-type of NFTs whose ownership provides you access to something. In Web3 games, you can use this in two ways: Virtual Events and Community.

Developers can access NFTs tickets to virtual events. Only those who have the ticket will have access to that particular event.

In addition, developers can also introduce multiple tiers of tickets, each with its unique properties and each a unique NFT. The experience a ticket owner has would depend on the NFT they own.

Furthermore, these have the benefit of being transferable. If you change your mind, you can transfer it to another person. Also, being on the blockchain means it is immune to digital theft.

These perks can include things such as virtual meetups. Exclusive rewards and features can only be gated with the NFT.

The next evolution of web games will be user-centric, not publisher centric. Web3 games will introduce games that are a collaboration between users and publishers. Rather than the publisher holding all the power, the users will also have some influence.

Web3 NFTs are the key to this. Because of their benefits, these will have an increased role in web3 games. The unique properties of the technology have the potential to transcend all elements.