Gustav Klimt (1862 – 1918) was an Australian symbolist painter and one of the leading members of the Vienna Secession Movement. Art lovers generally know the Gustav Klimt artworks better than the works of other Secession Movement members such as Josef Hoffman, Koloman Moser, and Otto Wagner.

His fame is mainly attributed to his gilded artworks in the period that art lovers now call the Klimt Golden Phase. Although he created an extensive portfolio of artwork with drawings, landscapes, and figurative works such as portraits and allegories, the works he made during the Golden Phase that the art lovers typically remember.

Gustav Klimt’s professional career started in 1880, when he, his brother, and a friend formed the “Company of Artists” to paint murals across Vienna. Klimt developed into a very successful painter of architectural decorations during that time.

In 1886, the Viennese Burgtheater commissioned the “Company of Artists” to decorate the Burgtheater. This was a recognition that the three members of the Company were the foremost decorators of Austria.

When they had completed the Burgtheater project, they received the Golden Service Cross (Verdienstkreuz), and Gustav Klimt received another commission to paint the Auditorium of the Old Burgtheater. Because this painting is almost photographically accurate, art lovers consider it one of the most outstanding achievements in Naturalist painting.

The Emperor awarded Klimt the Emperor’s Prize for his painting achievements, and he became a sought-after portraitist and the leading Austrian artist of the period.

In 1897 Klimt co-founded the Secessionist Movement. This liberating movement rejected Vienna’s traditionally conservative art scene and inspired Klimt to experiment with his art. As a result, he developed his symbolist style under the influence of other art movements, including Japanese art and methods.

Over time, his painting style and approach to material became very modern. Klimt began incorporating gold leaf into his works, and therefore the period is known as his Golden Phase.

In 1898 Klimt completed “Pallas Athene,” and art lovers regard it as the earliest work from his Golden Phase. It is an oil painting depicting Athena, the Greek goddess, clad in armor. The piece still shows classical influences, but Klimt’s use of gold and the appearance of patterns indicate a change in style.

Portrait of Adele Bloch-Bauer I

Vienna’s upper-class women often commissioned Klimt to paint their portraits. In 1907 he completed the “Portrait of Adele Bloch-Bauer I.” It is a portrait of a wealthy Jewish banker, and Klimt’s bold use of gold gives it an ethereal feel.

Klimt created the “Stoclet Frieze” between 1905 and 1911. This is a series of three mosaics where the focal point of the entire set is the “Tree of Life.” He painted the “Tree of Life” with swirling branches, intricate pattern-work, and symbolic motifs. The tree is complemented by figures adorned with gold accents.

Klimt completed “The Kiss” in 1908, and it is probably Klimt’s most famous painting. It portrays a man and a woman as they embrace a patch of flowers. They are clad in contrasting patterns predominantly composed of gilded forms. This painting has love, intimacy, and sexuality as common themes as in most of Gustav Klimt’s works.

Around 1911, Klimt stopped decorating his canvases with gold leaf. He then incorporated planes of kaleidoscopic color into his artworks, like woven tapestries or inlay decoration. Klimt worked in this style until he died in 1918.

Art lovers can view Gustav Klimt’s drawings and paintings in temporary and permanent exhibitions from Vienna to New York. The following is a list of the most important venues that exhibit Klimt’s works:

If you want to have a Klimt painting in your home, we recommend purchasing a reproduction unless you have a few million dollars to spend! Nine years ago, the cosmetics magnate and art collector Ronald Lauder paid $135 million for Klimt’s “Portrait of Adele Bloch-Bauer I.”

Art lovers generally think only of Gustav Klimt’s Golden Phase when they discuss his contribution to art in the late 1800s to early 1900s, but he had created many other works, like the Klimt Forest series. The Forest paintings include “Fir forest I,” “Fir forest II,” “Birch Forest,” “Beech Forest,” and “Beech Tree.” His portfolio also includes many drawings and other landscapes. 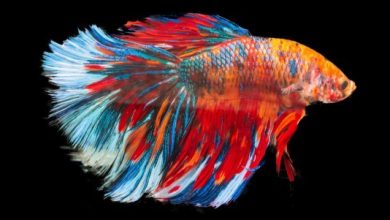 Betta Fish Spitting Food out – Why It Happen 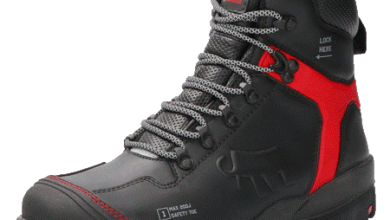 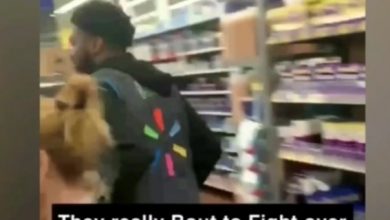 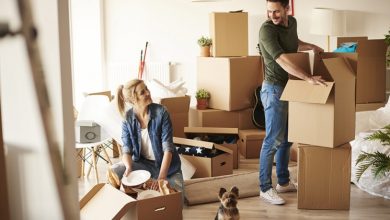 10 Tips for a Stress-Free Move