What Is an Electrical Spike? 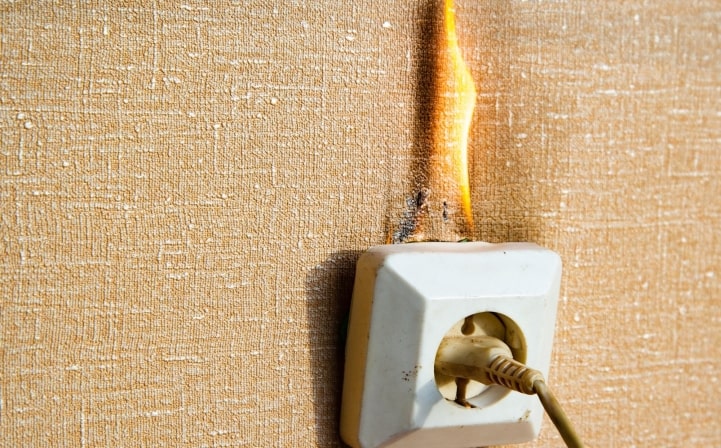 Did you know your home may experience dozens of electrical spikes in a day?

Most electrical spikes, also known as power surges, are small enough that you don’t have to worry about serious damage. However, bigger spikes or surges can be dangerous and cause major problems.

Thus, it is good to be aware of what causes power surges and what you can do to protect yourself from them.

The name “power surge” or “electrical spike” has an ominous ring to it, doesn’t it? It happens when the regular flow of electricity gets disrupted and then power suddenly floods the system again. It can also happen when an outside source suddenly injects extra electricity into the system.

This sudden flow of extra electricity can damage the delicate parts of electrical devices. In some rare cases, it can even start a house fire!

What Can Cause a Power Surge?

There are a few different causes of power surges. Most of them are rather easy to protect against, which is handy. Let’s take a quick look at some of the top causes.

Turning on a Powerful Appliance

When high-powered appliances like refrigerators or AC units turn on, the heavy load can disrupt the flow of electricity. When it starts again, it is accompanied by an electrical spike. These types of power surges can happen multiple times per day

Bad wiring must be replaced immediately to protect your home and your electrical equipment.

Circuit breakers are supposed to protect your system from larger surges. However, damaged breakers can become a source of danger themselves.

A small animal jumping into a transformer or other piece of electrical equipment unfortunately will fry themselves and can cause a surge at the same time.

Lightning strikes are powerful enough to easily overload the system. If you live in an area prone to strikes, installing a lightning rod can be a good idea.

How Can You Tell a Surge Has Happened?

The power surge itself only lasts for less than a second. However, a big enough surge will leave behind evidence of its existence.

For example, you might notice that circuit breakers, surge protectors, or power strips need to be reset. Some of your electrical devices might be off, not working, or the clock or lights are flashing.

In unfortunate cases, you might even notice a burning smell or sharp odour around electrical devices or power sources.

Power surges happen all the time and it’s impossible to eliminate them completely. However, it is important to realize that the big ones aren’t the only ones that can cause problems. Tiny power surges that happen several times per day will weaken your electronics over time and shorten their lifespan.

To prevent this, unplug appliances and use surge protectors or power strips to plug in your electrical devices — especially the expensive ones.

Powering Through the Rough Times

Now you understand what electrical spikes are. Follow our tips to limit the damage that power surges can cause to your home!