What Is The Different Type Of Liposuction? 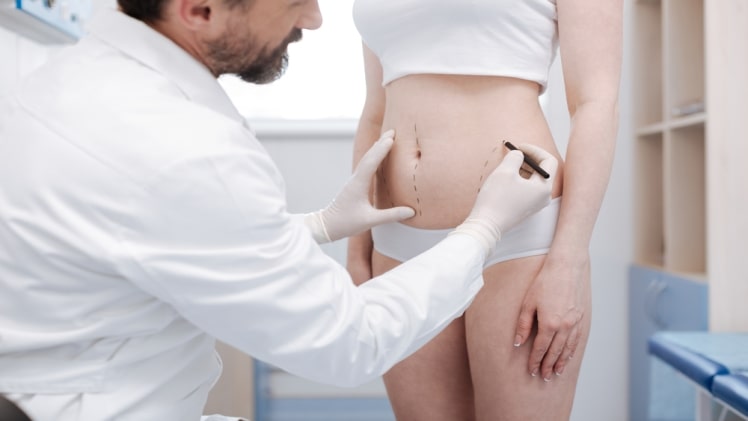 Although exercise and diet are the most effective ways to lose stubborn fat, they don’t always work. Some areas of fat will be more difficult to lose and may cause unbalanced and lumpy looks. These are the exact issues that liposuction aims to solve.

There are many kinds of liposuction. Each technique works in a different manner and has unique advantages and disadvantages. This will enable you to make the best choice for yourself.

This is the most commonly used type of liposuction. This type is performed by making small incisions over the area to suction. A hollow needle, known as a Cannula, is used to extract fat cells from these incisions.

Depending on how severe the procedure was, it can take up to three months for your recovery. You can expect your final results to take up to six to eight months. Many people who have undergone lipotherapy are able return to their daily lives in just a few days.

This type lipo can be used all over the body including the legs, stomach, abdomen, back and arms. It is one of the more precise types of liposuction and most people avoid it in small areas like under their chin.

Tumescent simply means “swollen.” Tumescent liposuction can be used to make fat more easily identifiable and removed. Lidocaine, which is a powerful anesthetic can cause minor swelling to fat cells. Epinephrine is commonly added to reduce bleeding. It constricts blood vessels, and can be used to significantly lower the risk of infection.

An anesthetic injection is made into the fat cells to cause swelling. The suction device attaches to a small needle called a “cannula” that is used to extract fat cells. It can be used to remove fat cells from any part of the body which has received liposuction. Within a month, the majority of swelling and pain associated with this procedure will have subsided.

Ultrasound has only been around for 40 years. Ultrasound is often used to visualize, but it can also serve as a treatment.

Ultrasound creates high amounts energy by using high-frequency sound waves. This can be used to dissolve fat cells. It makes it much easier to remove them with suction.

Ultrasound assisted liposuction often is used in areas with tougher fats like the male chest area, the back and in saddlebags. Although people will experience some minor blistering and burns, the recovery is almost identical to tumescent.

Laser-assisted Liposuction is similar in appearance to ultrasound-assisted. However, it uses a light source to melt fat. This type of procedure uses a laser probe to inject the fat through the suction tube. To stop bleeding and pain, epinephrine is injected into this area. The plastic surgeon then makes small cuts, inserts the laser probe, and then closes the wound.

www.liposuctionnyc.com is always available to assist patients in deciding which procedure is best for them. Learn more about how you might achieve the shape and trim you want.