In addition to the clothes that held memories, Elle’s closet was filled with clothes that she “just might use,” most with tags still attached. Long velvet formal dresses from high school, ballet leotards, Mardi Gras jewelry, lab coats—you name it, Elle had it tightly packed in her closet. She truly believed that one day an occasion might call for a Hawaiian shirt.

Unfortunately, there are few luaus in DC. I needed to convince her that her unused items were taking up room that could be filled with utilitarian clothing she wore not just “one day” but most if not all days. Purging her closet was a time to match her clothing needs to her current lifestyle and remove anything that did not fit in. In her analysis, Elle realized that her clothes were more than just closet cloggers—they represented areas in her life that needed focus or closure.

For example, it turned out that Elle kept that luau ensemble not because she might need it, but because she wanted to return to Hawaii one day to study the cuisine so she also bought a chef coat. Her workout T-shirts with tags still attached were still in her closet and not in the giveaway pile because one day Elle planned to continue practicing yoga.

The never-worn “hot date” outfits had seen neither the light of day nor, more importantly, night. Between work, school, and too many dinners with too many frogs, Elle lacked both the time and the motivation to continue her search for her prince. By removing unused and unworn clothing from her closets, Elle unearthed hobbies that had been lost but not forgotten, hidden dreams, and buried hopes. We often repress painful thoughts and memories in our unconscious, burying them far away from our awareness.

Elle’s closet represented her unconscious, a place where her unfulfilled and painful experiences, represented by clothes, were kept. In therapy, specifically psychoanalysis, we must release the unconscious material and resolve the conflicts it creates for us. So too did Elle uncover her buried psychological material, identify the contents, and begin the difficult work of resolving the emotional conflict it had caused.

Elle’s conflict resolution began with signing up for yoga classes, setting up a vacation fund to visit the Big Island, and creating an online dating account with a picture of her wearing one of the many outfits she uncovered in the vast chasm she called her closet.

As she slowly filled the six large giveaway bags, Elle began to reach closure with old relationships, long-gone friends, deceased family members, and times past. She realized that she did not need to hold on to her clothes in order to hold on to pieces of her life.

Set Yourself Apart with a Unique Video Style 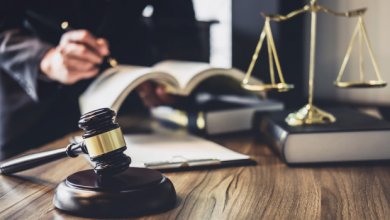 5 Ways You Can Improve Your Legal Knowledge And Awareness: An Analysis

5 Tips To Build A Successful Online Business: By Experts